For web3 to be successful (or avoid just being Web 2.0 all over again) it needs to solve one huge, currently unsolved problem.

That is the problem of aggregator-wins.

Arguably, this is exactly the problem Web3 is trying to solve. So, why doesn’t it solve it?

To understand this, we need to understand why it happens in the first place. There are two forces at play: The Virtuous Circle of Evolution and Coordination Trumping Competition.

The Virtuous Circle of Evolution 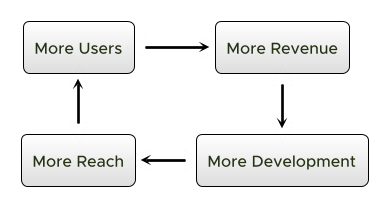 As shown in the above diagram, successful platforms beget success. This is how the big get bigger. This is why we see a power-law distribution of wealth in the world, and also why platforms like Wordpress are orders of magnitude more successful than its rivals like Drupal. As we discussed in Boundary Risk:

“Did WordPress gain this march because it was always better than Drupal? That’s arguable. Certainly, they’re not different enough that WordPress is 16x better. That it’s this way round could be entirely accidental, and a result of the Network Effect.” - Boundary Risk, Risk First

Secondly, Coordination beats Competition. Why is this? Because of the law of diminishing returns: sharing out a bag of candy means a higher total utility than one person scoffing the lot and feeling ill. The first candy is really nice, the second is OK but eventually you’re worse off from eating them. 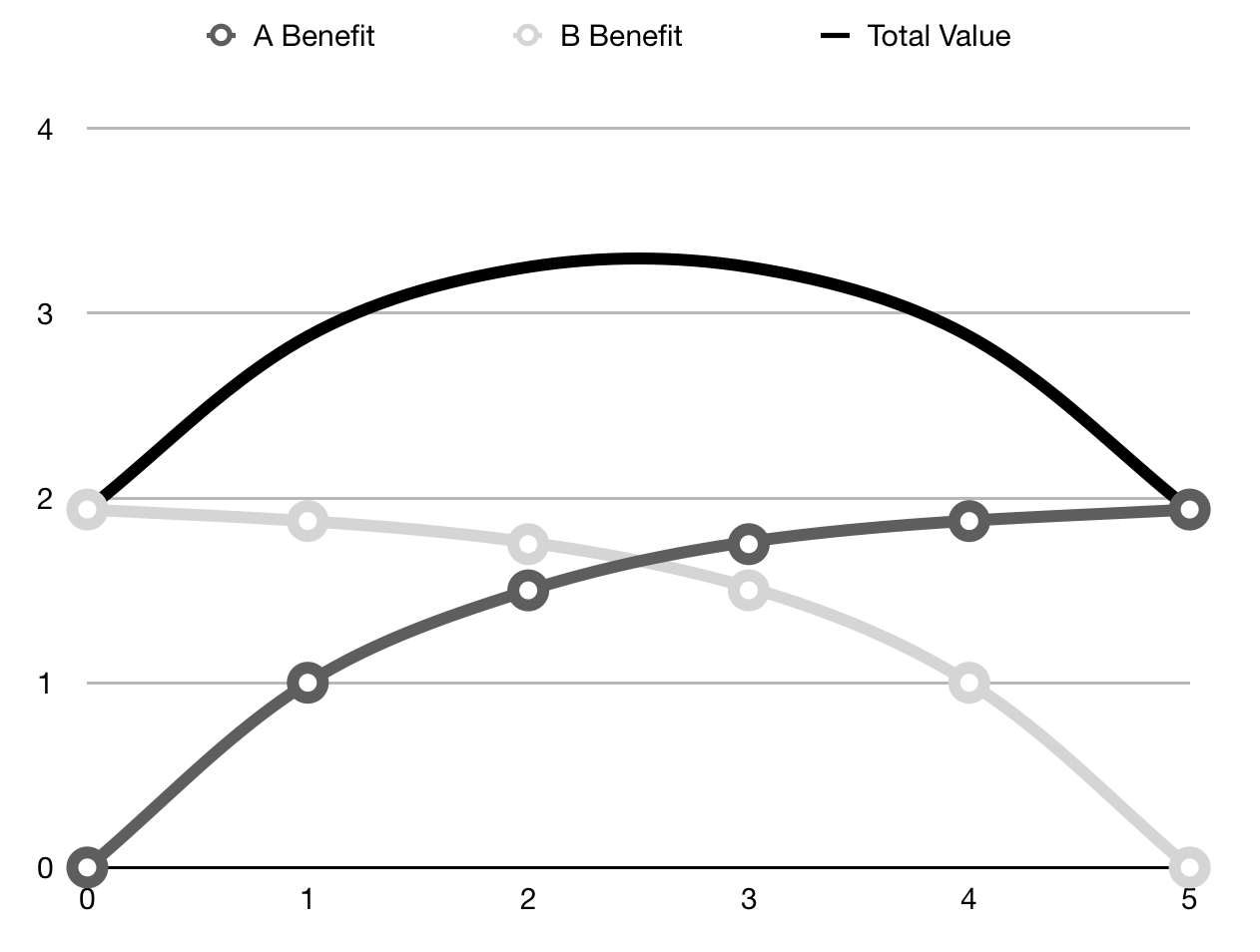 We can see this in the chart above. Let’s say A and B compete over a resource, of which there are 5 units available. For every extra A takes, B loses one. The X axis shows A’s consumption of the resource. While the biggest benefit to A is in taking all of the resources, the greatest increase in benefit comes from the consumption of the first unit.

As you can see, by sharing, it’s possible that the total benefit is greater than it can be for either individual. But sharing requires coordination. Further, the more competitors involved, the worse a winner-take-all outcome is for total benefit.

But, you might say, “this is exactly what decentralised block-chains and so on are designed to prevent!” But currently, Cryptocurrency doesn’t solve aggregator-wins. Here’s why:

Anyone can mine crypto. However, the problem is, as a crypto-miner, you compete with everyone else. This is a problem, because it means that multiple parties are racing with you to mine the same blocks. This is pure competition.

However, competition is not efficient. Efficiency relies on Coordination. By coordinating the use of scarce resources, you can achieve much better average outcomes than by competing over them, which ends up with a winner-takes-all outcome.

So it goes with crypto: this is why we have mining pools, where everyone coordinates rather than competes. The problem is that coordination is (or should be) capped at 50%, because if a mining consortium owns a majority of the compute power, they can literally say anything happened on the network. 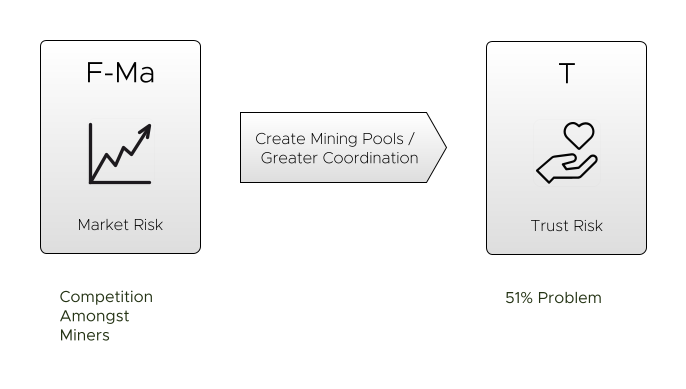 The effect is that you will end up with a duopoly of mining pools - the exact opposite of what was intended.

Where We Go Next

The Internet has enabled people and organisations to coordinate like never before, so it’s not surprising that we would see today’s mega-corporations of people coordinating together and avoiding the costs of competition. Also, we can’t expect to replace these highly coordinated entities with less-efficient competition: that virtuous circle is bringing innovation (even if it is in walled gardens).

Perhaps we need to look more closely at why we think decentralisation / competition is a desirable characteristic, or whether there are better models we can aspire to.