Turns out, there’s quite a lot you can do to improve the presentation of posts on Twitter. Now, when you post a Risk-First article on there, it’ll use the Twitter Card to display a summary of the post, which looks like this: 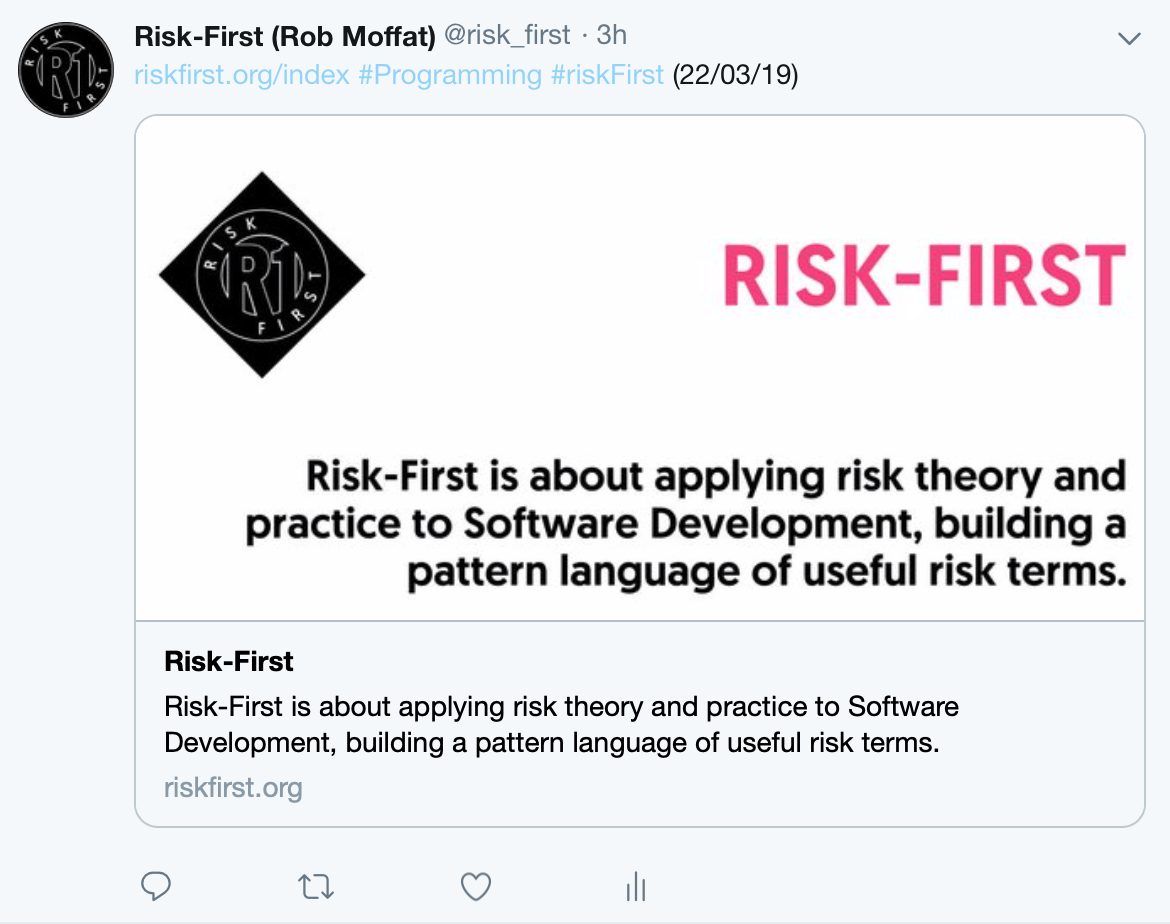 This was pretty hard to get right. You have to have a 2:1 aspect ratio in the images, which can be a pain - if you don’t, Twitter crops the image in usually a not-helpful way. I used Kite9 (my diagramming software) to produce an image for each post.

The Risk-First Website uses GitHub’s built-in Jekyll static-site generator, so I was able to generate the Twitter Cards using the Jekyll metadata on each article.

Then, I use Jekyll SEO Tag to set the header information on the HTML page:

Twitter (and LinkedIn) pick this stuff up and display the appropriate image. I’ve also generated images for quotes in the articles: 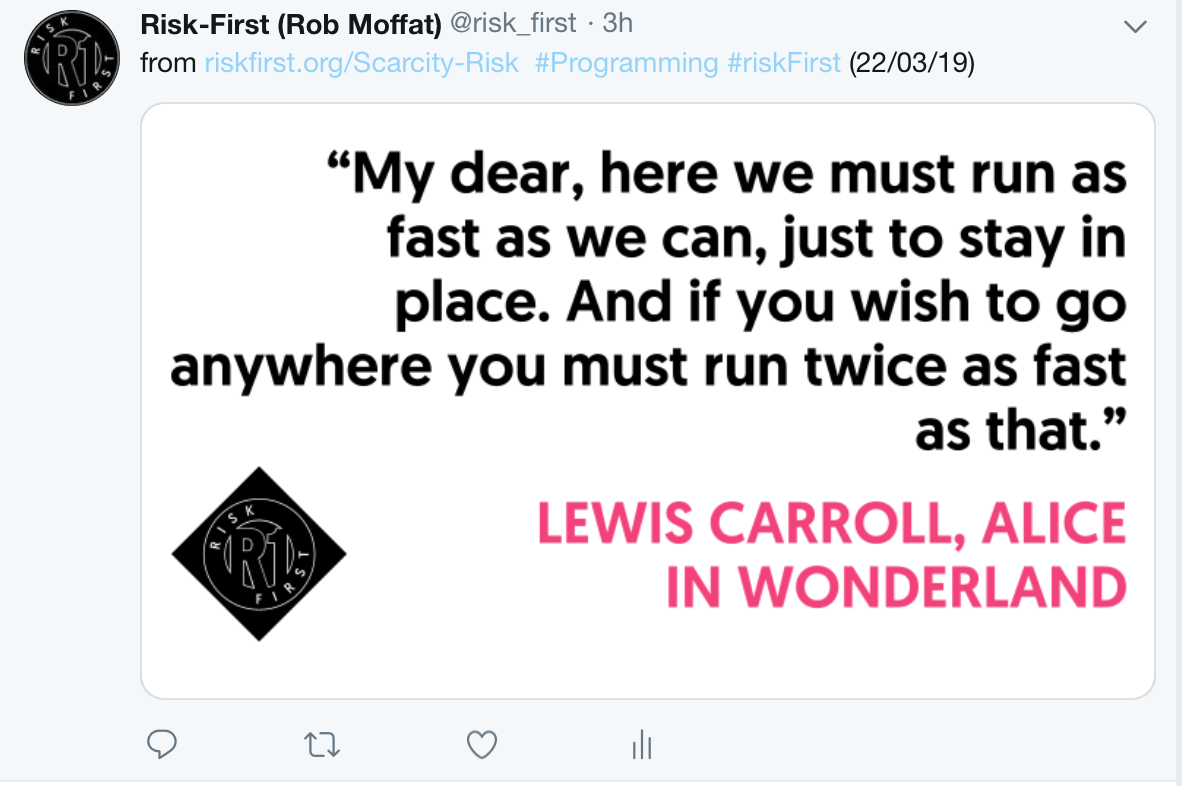 It’s doubtful whether any of this will make a blind bit of difference - Twitter seems like it’s basically an outrage-machine these days, but it was an interesting piece of work to get done.

Hope someone finds this useful!