Below is a piece of Java code I wrote the other day. We’re not going to look into it too closely (and in fact, this post isn’t really even about Java per se), so here are the key take-aways: 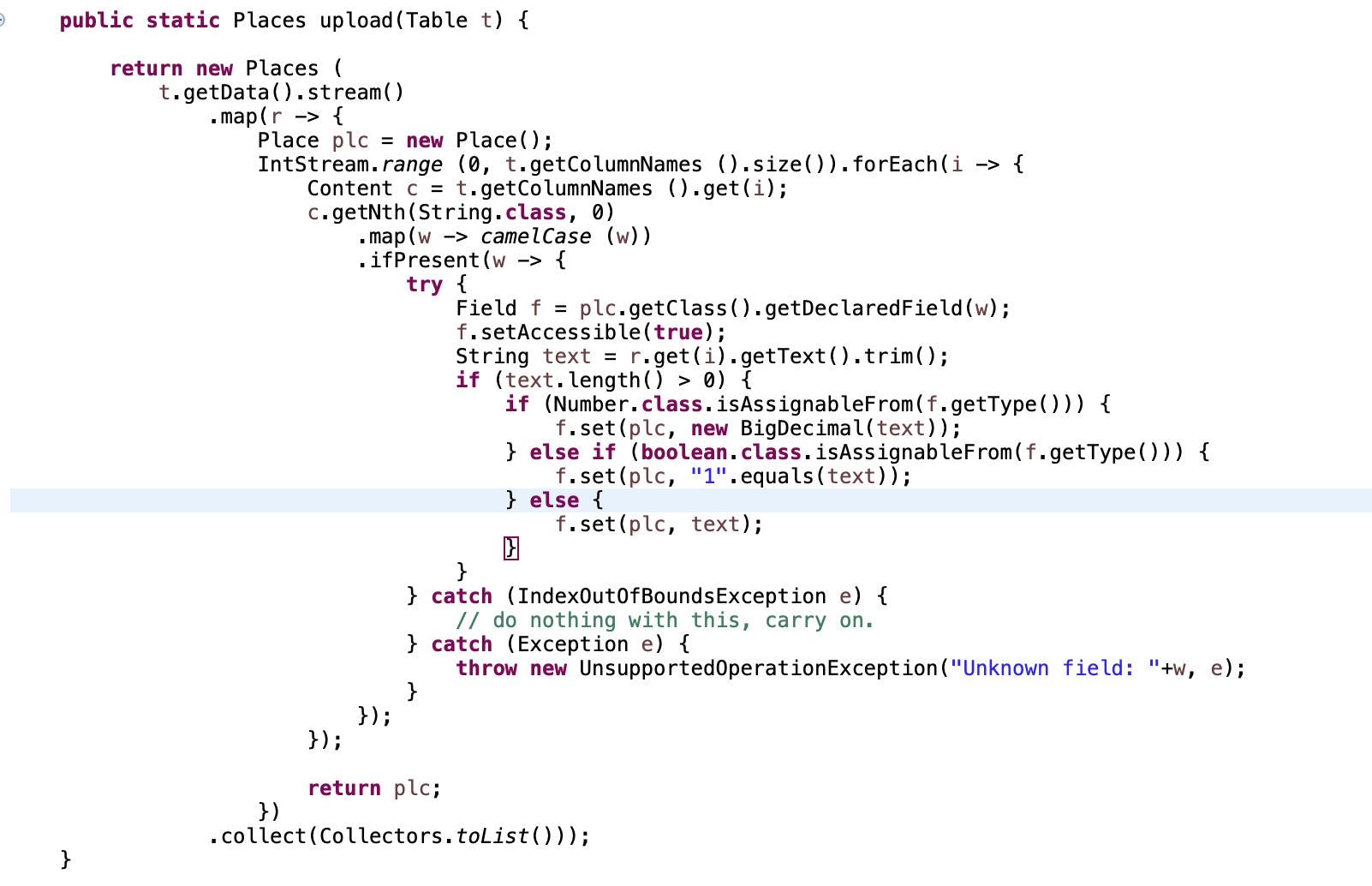 The whole purpose of this function is really to establish a mapping: essentially, it is saying that some Tables map to Places, and here’s how you do it. It looks like this:

Let’s look at where that happens: 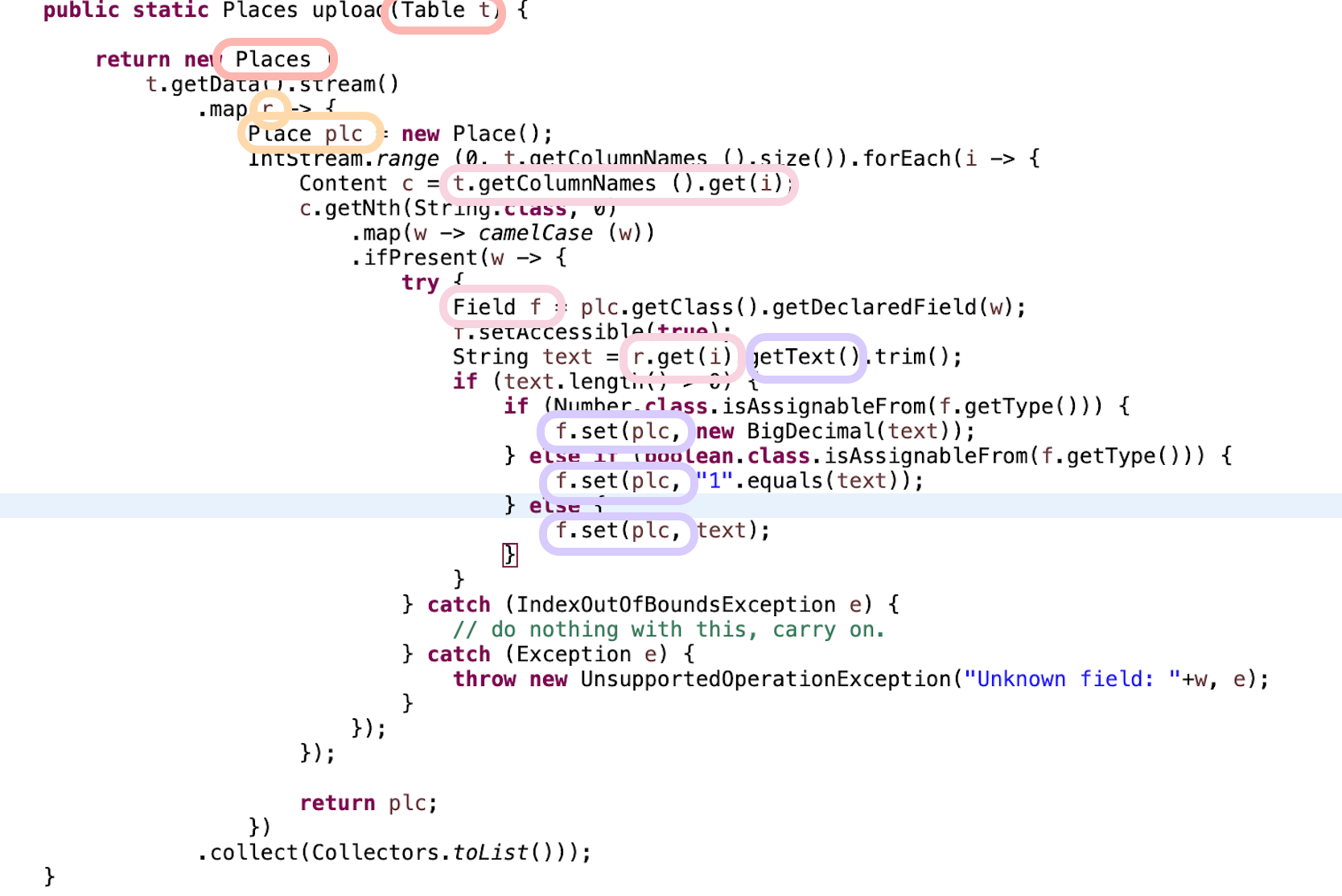 So here I’ve highlighted where we establish these mappings:

Ok, so this code kind of works and it looks terrible. But there are really big problems here:

Scale Of The Problem

I am currently working on a project containing about 85 classes. Let’s break down what they’re used for:

.. plus a few sundry others.

In actual fact, one of the main reasons for using Java at all is because it has such a rich set of connectors: whatever the format, you’re almost certain to find that someone has written some kind of converter for it in Java. You don’t choose Java because it’s the easiest language to learn, you choose it because of it’s Ecosystem.

So actually, I think converting between one format and another is actually the lion’s share of all the code we write, especially if we are bolting together lots of open-source libraries to construct our software.